Create Challan with Variety of Options 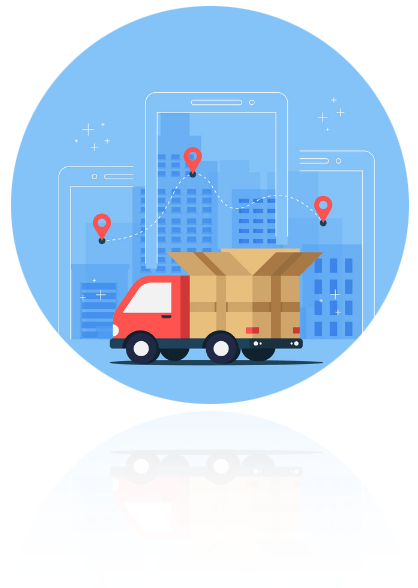 Challans will show the current day’s consignment note added in the system. User can see the previous data by changing the date range in the search panel. A single challan can be issued consisting of multiple consignment notes.

A taxpayer can create challan under GST from GSTN portal for the purpose of payment of taxes. The payment particulars have to be fed in by the taxpayer or his/her authorized person as the case maybe. It is possible to fill in the challan form partially and temporarily “save” the challan for completion at a later stage. A saved challan can be “edited” before finalization.

It is important, that once a challan is generated online, it cannot be modified further and will be frozen. However, a tax payer can save the challan midway for future editing. Once the challan is finalized and CPIN generated, no further changes can be made to it by the taxpayer.

Is there a validity period of created challan under GST?

Yes, created challan will be valid for 15 days after the generation and thereafter it will be purged from the System. However, the taxpayer can generate another challan at his convenience.

It is noted that, under GST regime some taxes and duties may remain outside the purview of GST and will continue to be collected in the manner prescribed under existing accounting procedures/rules/manuals, etc. This means that two types of challans

and accounted for by the respective Pay and Accounts Offices (PAOs)/State AGs.

Details of the Challan for GST tax payments

The Challan will reflect only the net tax paid amount along with the related bifurcations of nature of tax liability, such as interest, penalty, fees & other charges etc. Presently, Tax payments challan information forms the basis of accounting and reconciliation between the bank, RBI, Tax Authority & the accounting authorities of the centre, state &amp; the UT’s.

CGST, IGST & Additional tax components will be accounted for under Consolidated Fund of India(CFI).Transfer of due IGST & additional tax to the states can thereafter be made thereafter made therefrom as per existing procedure. The interest, penalty, fees or other charges if any under GST will need to be accounted for separately. Hence they would be reflected under separate heads in the Tax Payment Challan.